Spaceflight contests will alter our future in orbit and beyond 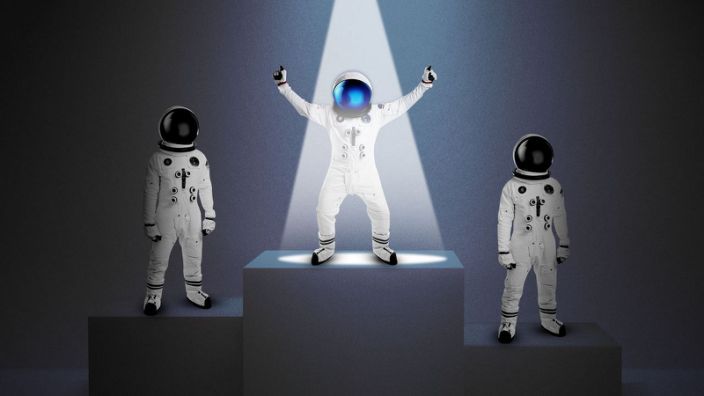 Wealthy private citizens are increasingly becoming the arbiters of who can go to space — and some of them want to bring the average person along for the ride.

Why it matters: Space is being opened up to people who wouldn't have had the prospect of flying there even five years ago, but these types of missions have far-reaching implications for who determines who gets to make use of space and for what.

Stay on top of the latest market trends and economic insights with Axios Markets. Subscribe for free

What's happening: Businessman Jared Isaacman is chartering a flight to orbit with SpaceX and is giving away three of the four seats while raising money for St. Jude Children's Research Hospital in the process.

Isaacman says his team reached out to business associations representing historically underserved populations to make sure their members were aware of the contest to win a seat.

Japanese billionaire Yusaku Maezawa is now looking for eight people to accompany him on a trip around the Moon for his dearMoon mission. It's not yet clear how participants will be chosen, but Maezawa opened up applications for interested people last week.

"I hope this is a model for the future," Isaacman told me. "I love seeing that dearMoon is making their crew selection process available to the world, because it shouldn't just be for the perfect specimens of humanity that have science degrees and test pilots and such. Space should be available to everyone."

Context: NASA and other space agencies have been the sole gatekeepers of who could fly to space and when.

Historically, that has led to women and people of color being underrepresented within the ranks of astronauts.

Over the years, NASA widened the scope of its recruits, with the class of NASA astronauts picked in 2013 reaching 50% women.

But physical, educational and other requirements for becoming an astronaut have remained narrow. For example, people with certain physical disabilities have been excluded, and having a master's degree in science or engineering has been a prerequisite.

“Sending people who aren’t professional operators in the spaceflight realm, I think will be very interesting to the public, and will inspire them, maybe in a way that that we don’t exactly,” NASA astronaut Megan McArthur told me.

The big picture: Private spaceflight and contests open up opportunities to new groups of people, expanding who might one day be able to go to space.

These wealthy first-movers are needed to pay for the initial flights while exciting the public about the potential commercial spaceflight holds for everyone, Eric Stallmer of Voyager Space Holdings told me.

But, but, but: To some, these contests aren't actually changing the accessibility of space in any fundamental way.

"Sure, the winners might have an incredible experience, but also, access is still controlled by a few wealthy people — so ultimately, space is still accessible only by a few people, and only a few people with a lot of privilege and power get to be the gatekeepers of who gets to go," astronomer Lucianne Walkowicz told me.

These contests and private spaceflight in general also shouldn't be considered replacements for the government-run programs with an eye toward how space can be best used as a public service, said Danielle Wood, the director of MIT Media Lab's Space Enabled Research Group.

Wood also added that those people launching private contests should consult with leaders from groups that haven't typically been involved with spaceflight to learn how to best create a contest that would meet their needs.